NYS Canal System has been designated a National Historic Landmark. The designation places New York's operating canals among the premier historic sites in the United States.

The National Historic Landmark designation includes the Erie, Champlain, Oswego, and Cayuga-Seneca canals. Direct successors of canals built during the 1820s, these waterways were enlarged to their current dimensions between 1905 and 1918. They remain in service today passing commercial and pleasure vessels between the Atlantic Ocean and the Great Lakes.

The NYS Canal System is remarkable in its span, scope, and historical integrity. The National Historic Landmark designation includes 450 miles of navigation channels and 552 contributing structures and buildings that operate today largely as they did when the system went into operation in 1918. The NYS Canal System's navigation channels, locks, lift bridges, dams, power houses, and maintenance shops together represent a significant, distinctive, and exceptional entity.

Thanks to the dedication of generations of canal workers and the support of people like you, the NYS Canal System remains one of America's greatest treasures.

The designation specifically recognizes the canal for its role in shaping the American economy and settlement, as an embodiment of the Progressive Era emphasis on public works, and as a nationally significant work of early 20th century engineering and construction.

The comprehensive documentation compiled for the National Register listing and NHL designation now serves as a valuable public record. Click on the links below to read the detailed statement of significance, as well as descriptions of all canal system features, including locks, dams, bridges, and other structures.

The NHL program recognizes historic properties of exceptional value to the nation and promotes the preservation efforts of federal, state and local agencies and Native American tribes, as well as those of private organizations and individuals. The program is one of more than a dozen administered by the National Park Service that provide states and local communities technical assistance, recognition and funding to help preserve our nation's shared history and create close-to-home recreation opportunities. 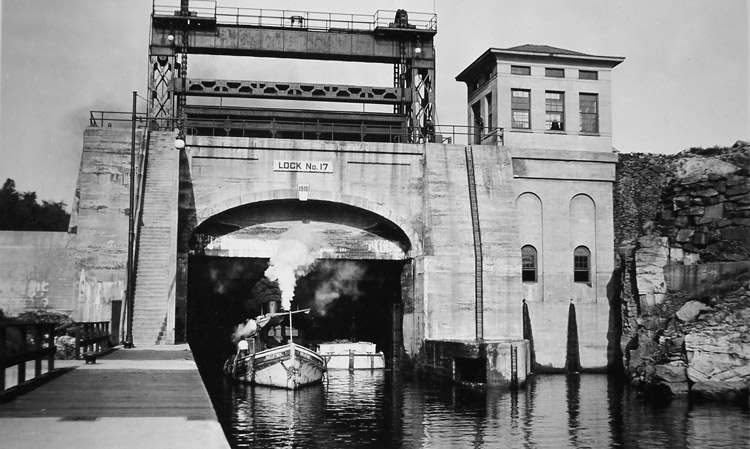 View historic images of the canal and learn more about the National Historic Landmark designation.